The 1980s were a time when excess ruled. Times were fun and the music was a party. From sing-along anthems to timeless ballads showing their “soft side”, Sunset Strip rockers provided the soundtrack for our life.

THE GLAM BAND is made up of six guys bringing you back to your favorite decade (whether you like to admit it or not)! Donning an over-the-top stage show, makeup and costumes that will either make you smile or cringe, it’s our goal to transport you back to the decade of decadence. The one that was nothin’ but a good time!

A few friends sitting at a bar back in 2006 had this crazy idea to put on a show playing some of their favorite hair metal tunes. Believe it or not, people dug it! For the next few years, the guys would play a handful of shows, shuffling in different friends here and there to join in the escapade. The path continued as this was considered a side project for the friends, a “release” if you will. At some point, things just clicked, and we realized we were onto something. With a dedicated focus and the right players in the mix, things quickly took off . . . the shows got bigger, the costumes got crazier, and the crowds starting coming in.

Heading into 2021, the band is one of the top drawing acts in the entire state with an insanely dedicated following. Grab a can of Aqua Net and join us for a show soon. You won’t be disappointed!

THE GLAM BAND is;

AIN’T TALKIN’ BOUT LOVE ALL SHE WROTE ANY WAY YOU WANT IT BARK AT THE MOON BIG CITY NIGHTS BREAKIN’ THE CHAINS CALIFORNIA GIRLS CRAZY TRAIN CUM ON FEEL THE NOISE DON’T STOP BELIEVIN’ DON’T TELL ME YOU LOVE ME DOWN BOYS DREAMS ERUPTION EVERY ROSE HAS IT’S THORN FAITHFULLY FALLEN ANGEL FIGHT FOR YOUR RIGHT FINAL COUNTDOWN FLY TO THE ANGELS FOOLIN’ GIRLS, GIRLS, GIRLS HERE I GO AGAIN HEAVEN HOME SWEET HOME I REMEMBER YOU I WANNA ROCK JUMP KICKSTART MY HEART LICK IT UP LIVIN’ ON A PRAYER LOOKS THAT KILL LOVE GUN LOVE SONG METAL HEALTH NEVER ENOUGH NOTHIN’ BUT A GOOD TIME ONCE BITTEN, TWICE SHY PARADISE CITY PHOTOGRAPH POUR SOME SUGAR ON ME RAINBOW IN THE DARK RAISE YOUR HANDS REBEL YELL ROCK ME ROCK YOU LIKE A HURRICANE ROUND & ROUND RUNAWAY RUNNIN’ WITH THE DEVIL SAME OLD SITUATION SEPARATE WAYS SHAKE ME SHOT IN THE DARK SISTER CHRISTIAN SMOOTH UP IN YA SWEET CHILD O’ MINE TALK DIRTY TO ME TO BE WITH YOU TURN UP THE RADIO UNCLE TOM’S CABIN UNSKINNY BOP UP ALL NIGHT WANTED DEAD OR ALIVE WE’RE NOT GOING TO TAKE IT WELCOME TO THE JUNGLE WILD SIDE YOU GIVE LOVE A BAD NAME YOUR LOVE YOUTH GONE WILD 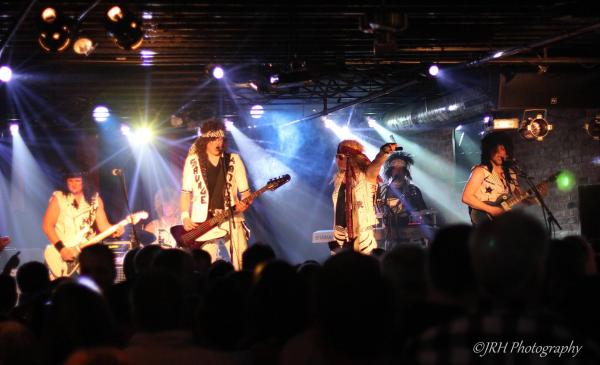 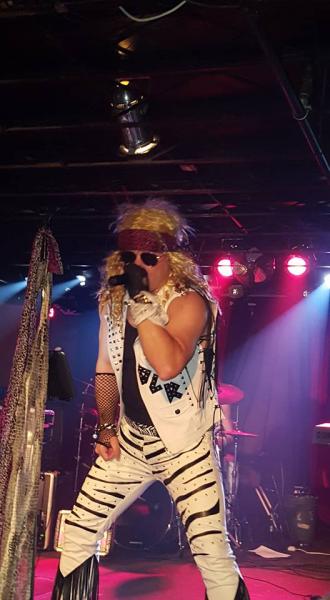 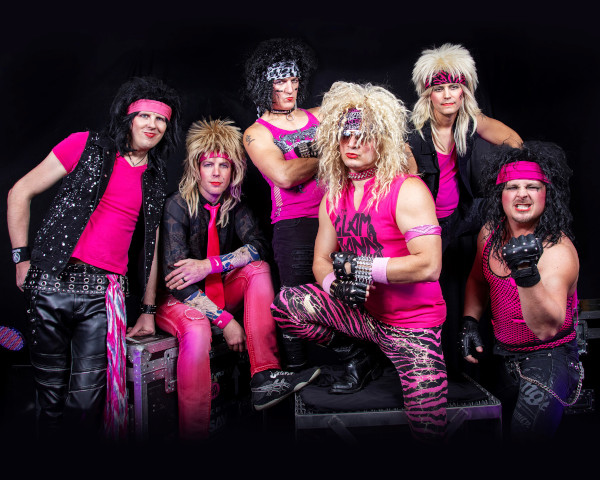