Kevin Fayte’s career in music started in 1968, shortly after watching on TV what is now referred to as Elvis Presley’s “Comeback Special”. That Christmas, Santa brought 8-year-old Kevin a guitar and he’s been in and out of bands ever since.

Google his name and you’re likely to find videos and recordings dating all the way back to 1983. That’s when Kevin fronted Madison, Wisconsin’s only rockabilly trio, Rocket 8. That trio recorded an album of 20 originals that was later licensed to England’s Nervous Records, an independent rockabilly-only label. .

Over the course of his career, Kevin has opened for acts across the musical spectrum, from pre-fame Butch Vig and Duke Erikson (Garbage), to rock legends Eric Burdon (Animals) and Dick Dale. .

These days, Kevin has returned to his musical roots: a singer with an acoustic guitar. His play list, whether performing solo or as half of a duo, reflects the music he grew up with — songs from the 1950’s through the 1970’s. 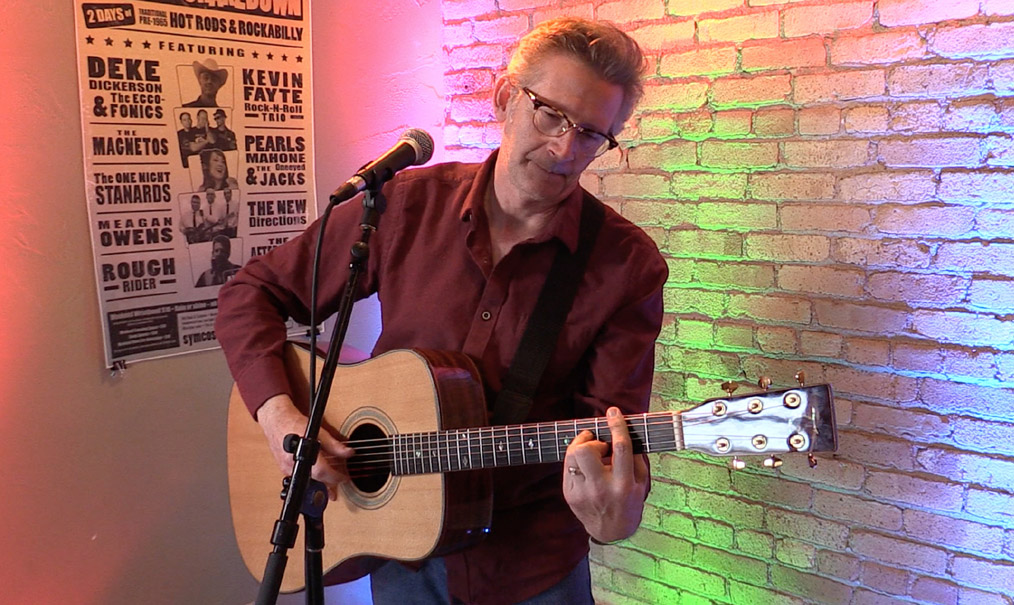